Woodland’s goal has always been to create the best possible environment for the intellectual, social, physical, and moral growth of our students.

Founded in 1959 as St. John’s Day School, the school was located in the Parish House of St. John’s Episcopal Church in Salem. The Board of Trustees in 1961 purchased the historic Wood Mansion in Jericho as school’s new home.

In 1964, St. John’s was officially chartered as a non-denominational school. In 1977, Woodland Country Day School became the school’s new name to better reflect its longstanding tradition of welcoming children of all races, creeds, and nationalities and to commemorate the Judge Wood family’s place in historic Jericho.

A building program in 1985 led to the addition of a new gymnasium and classroom building. A 1995 capital campaign funded an endowment and our learning center for computer and science studies.

Today, enrollment is limited in numbers, but diverse in character with the student population continuing to reflect a cross-section of the South Jersey communities, which the school serves. 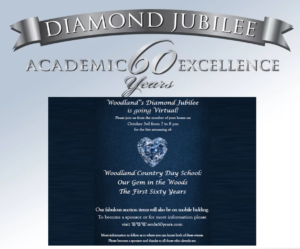